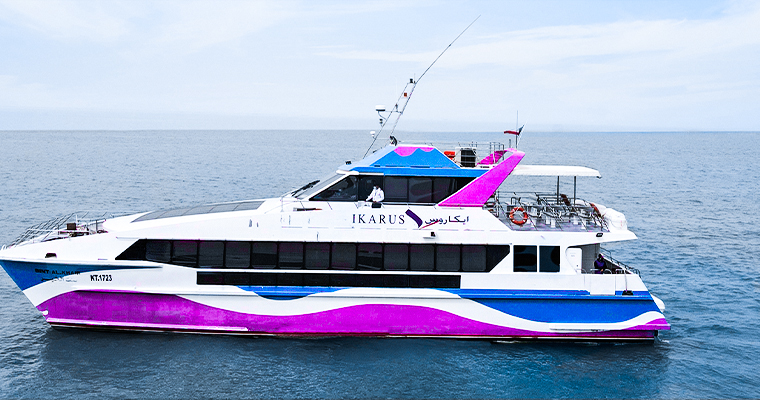 A catamaran is a multi-hulled watercraft featuring two parallel hulls of equal size. It is a geometry-stabilized craft, deriving its stability from its wide beam, rather than from a ballasted keel as with a monohull boat. Catamarans typically have less hull volume, smaller displacement, and shallower draft (draught) than monohulls of comparable length. The two hulls combined also often have a smaller hydrodynamic resistance than comparable monohulls, requiring less propulsive power from either sails or motors. The catamaran's wider stance on the water can reduce both heeling and wave-induced motion, as compared with a monohull, and can give reduced wakes. Catamarans were invented by the Austronesian People which enabled their expansion to the islands of the Indian and Pacific Oceans.